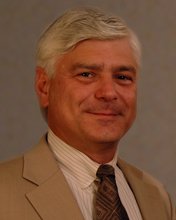 John Juzbasich is the Partner-in-Charge of the Human Performance Improvement Group at Merit Career Development. He earned an MLD (Master of Leadership Development) degree from Penn State University and his undergraduate degree from the Wharton School of Business, University of Pennsylvania. John's business experience includes a successful career at IBM and a variety of high technology firms. His achievements include ten consecutive IBM 100% Clubs and many awards. John attributes his successes to the development of interpersonal skills, a familiar component in Merit Career Development courses.

Beyond the business arena, John's leadership experience include positions as Scoutmaster, church committee chairs, township government, and board directorships. The MLD program at Penn State challenged John in such a way that he founded the West Africa American Trading Company (WAATCO), an enterprise dedicated to help rebuild the war-torn country of Liberia. During this leadership endeavor, John met President Ellen Johnson-Sirleaf of Liberia and other officials on numerous occasions in the USA and Liberia, Africa. Thus far 40,000 textbooks have been delivered to schools in Monrovia, Liberia through WAATCO.

John regularly teaches leadership and lectures at conferences and universities. He maintains membership in the International Leadership Association (ILA), the Project Management Institute (PMI), and the American Association for Adult and Continuing Education (AAACE).

PDUs is a registered trademark of the Project Management Institute, Inc.