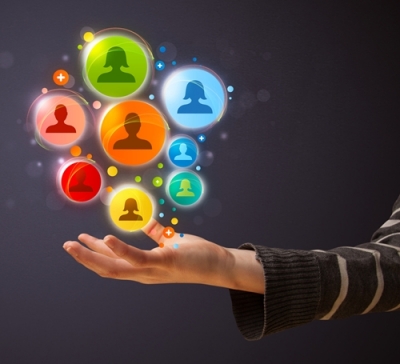 A growing trend in today’s learning industry is the concept of “social learning,” or the idea that effective learning can take place in a more communal, collaborative environment. What better way to achieve that other than using internal social networking programs?

Couple the idea of social learning with CLOs’ appreciation of new technology and trends, and it is easy to see why the growth of social media will directly impact employee education, effective communication skills and the learning industry as a whole.

Networking Can Complete the Picture

For example, since much of the on-the-job learning process takes place in an informal setting, the relaxed nature of social media is a complementary addition. It’s also valuable for training that occurs in a group setting, because employees can share ideas, ask questions, and offer feedback via ESN at a later time.

Best of all, CLOs and their organizations can tune into these online conversations and gain knowledge of the educational experience. Leveraging this data will help develop more efficient, effective training methods in the future.

Networking Can Lead to ROI

While there are plenty of benefits to social networking - especially from a learning perspective - CLOs must be aware of the potential pitfalls as well.

In a separate article for CLO magazine, Distasio and Lord explained that the rise of networking means dealing with the risks. Organizations must take a new approach to ensure employees are safe online while receiving the benefits of this strategy. That can be achieved via employer-to-worker communication, technology training, and planning.

For starters, employers need to discuss the implementation of ESN closely with their staff members. This will help facilitate the rollout of new programs and prevent problems from forming. Social networking will also be approached differently depending on the department. How sales use these resources will be unique compared to marketing, for example. Outline each strategy and communicate that with each team.

Above all else, remember the value of enterprise social networks - you can provide employees a hands-on learning solution all while addressing your corporate confidentiality and privacy needs.

"Business Ethics” is a dangerously murky term with real and profound effects. Ethics are a vital part of every decision, not just hiring practices and the handling of corporate resources.

With the prevalence of social media and the ease of accessing information through technology, training your employees on ethics is more important than ever. Every single decision has the chance to drastically affect how the public perceives a company.

Companies that have invested in ethical compliance education for their entire staff have achieved praise from critics and fervent support from consumers. Conversely, companies that have shirked this responsibility have been met with exorbitant legal battles, vocally dissatisfied customers, and critical condemnation.

Although many aspects of business ethics seem obvious, every decision made has an ethical component. Without a clearly defined and understood corporate code of ethics, seemingly insignificant decisions can lead to enormously expensive legal gray areas.

You can never take it back

In an attempt to solidify his core demographic, Mike Jeffries, the CEO of clothing retailer Abercrombie & Fitch, publicly belittled the people he felt did not fit the company’s image. During an interview, he casually condemned those who did not meet the brand’s image as being unworthy of wearing their clothes. Consumers found this statement to be offensive and unethical, resulting in a 15% drop in sales and a 10% drop in share price. However, the remarkable part of this incident is that the backlash came six years after the comments were made.

In 2013, social media websites brought the CEO’s comments to a much larger audience than imagined at the time of the interview. The permanent and public nature of social media and electronic record keeping changed a forgotten comment into an irreversible and hugely expensive PR nightmare. Almost every major news outlet picked up the story and these articles still appear prominently with a simple Google search of Abercrombie & Fitch.

The CEO’s unethical comment, along with ethical issues of racial discrimination in hiring practices, have resulted in millions of dollars in legal fees, a diminished clientele, and highly expensive restructuring of ethical training and policies for A&F. However, offhand remarks or discriminatory hiring practices are by no means the only unethical actions with drastic tolls on businesses.

Who Owns the Information?

Poorly drafted IT policies regarding the ownership of information created on company computers can also place a business at risk of being perceived as unethical. The lack of clear policies and workforce training regarding the content of e-mails, accessing social media, and personal communications on company computers create easy opportunities for issues of harassment. Only proper training in ethical use can help shield a company from liability.

Ethical decision-making has a direct and profound impact on a company’s brand and can result in substantial expenses if not handled properly. Taking ethical compliance education seriously, drafting and implementing clear policies and guidelines are of vital importance in today’s business.

With successful startups like Uber, giants like Comcast, A&F, and the Livestrong Corporation being crippled by unethical behavior, business ethics are a pressing need in every workplace.