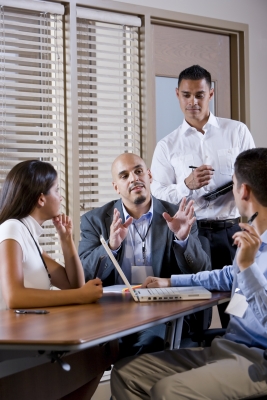 The popular quote attributed to Mahatma Gandhi summarizes Transformational Leadership well: “Be the change you wish to see in the world.”

How do you best inspire others? By being who you want them to be and doing what you want them to do. By walking the talk. By leading by example. By enthusiastically sharing your vision and inspiring them to join you in making it a reality.

One who inspires trust, respect and admiration in his followers to the degree that they agree to work with him toward a common goal for the betterment of all—that person is a transformational leader.

Remember Dr. Martin Luther King, Jr., giving his inspirational “I Have a Dream” speech from the steps of the Lincoln Memorial? How about John F. Kennedy motivating Congress to support his dream of sending an American to the moon? Both transformational.

According to John Juzbasich, CEO of Merit Career Development, transformational leaders such as King and Kennedy—and millions of others such as teachers, scout leaders and heads of community groups—work toward change that is for the good of the whole. They provide needed guidance in times of change, whether it be societal, environmental or policy.


“You see people who work toward positive change all over the world and they are changing the world in various ways,” says Juzbasich. “We all have these qualities. They can be measured and developed. Paint a picture of a better world and inspire your people to want what you want, reframing the task so the person feels honor and prestige.”

A transformational leader is a role model who challenges team members to ‘own’ their work. He understands the individual strengths and weaknesses of those he seeks to inspire and assigns tasks appropriately so that team members can be successful.

Just as these leaders expect the best of themselves and strive to perform at their highest level, they expect the same from their teams. That expectation, along with the leader’s belief in them, continues to inspire the group to do its best, in turn creating higher levels of satisfaction all around.

For more information about how Merit Career Development can transform your leadership and management skills, please contact Jim Wynne at jwynne@meritcd.com.