Learn How To Close the Framing Gap... | Merit Career Development Blog
...And Better Decision-Making Will Follow 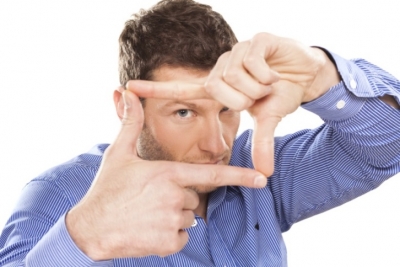 From emotions to the time of day, it is often the little things that impact our ability to make a swift and accurate decision. A range of factors can compound the challenges in making good choices, both directly and indirectly.

The framing effect is what happens when an individual applies a specific perception to a given scenario, which can have both positive and negative impacts on decision-making. For example, while an accountant will view an issue through his or her fiscally oriented frame, a lawyer would examine the same issue through a legal frame of reference.

While these frames can be effective when used in the appropriate scenario, the wrong frame in the wrong situation can negatively affect an individual’s perception and lead to poor decisions.

The ways that options are presented to us has an effect on the choices we make. Benedetto de Martino, M.D., a cognitive neuroscientist at University College London, sought to measure brain activity during the decision-making process and published his results in Science magazine. With 20 volunteers, Martino and his colleagues told participants – while positioned under the imaging equipment – that they had received a considerable amount of money, and assigned them one of two hypothetical scenarios: Keep a chunk of money or gamble, or lose a chunk of money or gamble.

The participants who were told that they could keep a portion of the funds or gamble were hesitant of the risk involved. On the other side, those who were informed that they would lose a bit of their money were less averse to risk. The individuals who were affected by framing had greater activity in the amygdala, a region of the brain associated with learning and emotions. Those immune to framing had increased activity in their orbital and medial prefrontal cortex, which, when impaired, can lead to behavior driven by impulse and feelings.

Martino’s study showed that emotions could play a significant role in decision-making when the information is incomplete or complex. When working on projects, employees need to examine issues outside of their context to eliminate the effects of framing.

As demonstrated by Martino’s research, frames are a part of the brain’s structure and can be shaped by various influences, such as education, upbringing, socioeconomic status, friendships and family. Failure to recognize active and subconscious framing can negatively impact important decisions and ultimately, a company’s future.

Consider this classic example: About 250 years ago, Encyclopedia Britannica founded and became one of the top resources for information on practically any subject possible. However, as the rest of the world began transitioning to the Internet and digital media, the organization staunchly insisted on selling print versions of its materials. Encyclopedia Britannica’s frame was of print publications – it refused to broaden or look outside that frame, and it hurt the company. Once CDs and the Web became the go-to sources for educational tools, Encyclopedia Britannica disappeared from bookshelves and went into bankruptcy before finally re-emerging as an online resource. They published their first online encyclopedia in 1994 and in 2012 completely stopped producing print versions.

Subsequently, managers learned from Britannica’s mistakes. To improve the decision-making process in project management, they learned to analyze the frames of stakeholders and see how they apply to given scenarios.

Managers need to create a decision frame that benefits both the company and the overall objectives of the project. They could have stakeholders with disparate frames play devil’s advocate in order to identify their own frames and discover and analyze others. From there, project managers can choose the best frame and proceed with decision-making.

For more information on framing, biases and other factors that can impact the quality of decision-making, please contact Jim Wynne at jwynne@meritcd.com or by phone at 610-225-0449. Take a look at Merit’s course catalogue for related courses and other leadership and project management workshops, all accredited for PDUs, CEUs and CPEs.