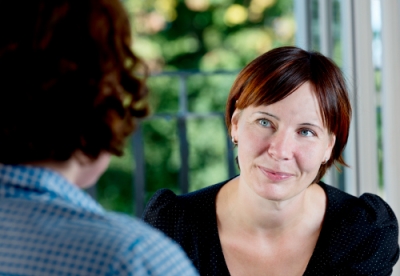 The old Johnny Mercer song says you should accentuate the positive, eliminate the negative. When it comes to feedback, negative information may be what you should accentuate because it may be more meaningful to employees, and can even help them to become more productive and in tune with your company’s goals.

A recent study found that people may be more encouraged to change by hearing negatives. By about 3 to 1, people crave corrective feedback more than praise—as long as the corrective feedback comes in a constructive manner. Respondents in the study also believe corrective feedback does more to improve their performance than positive reactions. Corrective feedback—a nicer way of saying negative—includes suggestions for improvement, exploring new and better ways to do things, or pointing out something that was done in a less than optimal way. (Positive feedback is what you’d imagine: praise, reinforcement, and congratulatory comments. It’s no surprise that these tend to be much easier to deliver.)

How can you provide more effective constructive feedback? Consider these strategies:


To be an effective manager, giving feedback is a key skill. Merit Career Development offers leadership and communication courses that can help you hone your skills. For more information, please contact Jim Wynne at jwynne@meritcd.com 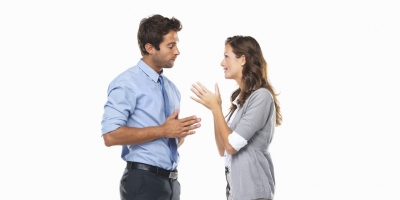 We've all done it. You're standing talking with a coworker, and she asks a question. Suddenly, you realize your mind had wandered as she continued to talk. The little voice in your head said it was time for lunch...reminded you to follow up with a client...or maybe you were distracted by a colleague walking by. You weren’t paying attention. You weren’t listening.

Most people think they know how to listen, but although you hear the words, you may not fully understand the meaning behind them. Listening actively takes concentration and practice. It’s important in all interpersonal relationships—in the workplace and in our personal lives.

If you want to improve communication between you and your colleagues or clients, become more efficient in your work, or create more rewarding personal relationships, then listening effectively is critical. The good news is that these skills can be learned just as effective public speaking skills are learned. And here’s how:

We all want to be heard and understood, and taking the steps to ensure we are doing the same for others is the best way to achieve this. 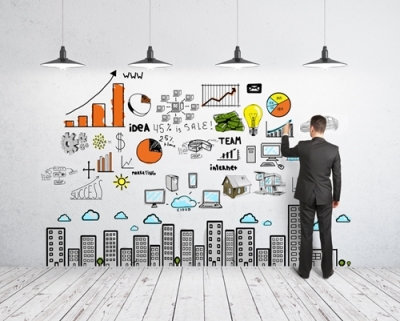 Experienced project managers know that their work is about more than scheduling, assigning tasks, and tracking progress. While ultimately their job is to deliver on time and on budget, getting to the finish line often involves challenges that can’t be predicted and whose answers aren’t obvious. Good project managers are in the thick of things, analyzing the issues their teams face and leading in the development of their solutions.

This means that PMs need more than organizational and business skills. They need a sense of creativity and innovation that will allow them to find ways around problems ranging from random paperwork demands to the fallout from natural disasters. Though some might say project management is all about creating predictability, effective PMs aren’t afraid to think outside the box as they look for ways to hit their targets and improve the efficiency of their organizations.

For example, not long ago National Public Radio adopted an Agile-like approach to its creation of new programs. Rather than develop an idea in secret, launching it and then measuring its popularity, the network began releasing pilot programs and revamping them based on listener feedback – in effect conducting beta tests as part of its process. The result was that new titles like the TED Radio Hour and How To Do Everything were launched for an estimated one-third the cost of earlier programs.

NPR’s approach is a good example of how innovation can improve performance. Rather than blindly follow a traditional approach to program development, the network tailored its methodology to its business needs, achieving its goals with more flexibility, greater transparency, and reduced expense.

Of course, sometimes a project requires a different way of thinking from the beginning. One dramatic example occurred in 2014, when Australia’s Condor Energy needed to move 95 tons of custom-made heavy equipment from the UK to Australia - in 14 days.

On the face of it, that’s an impossible task. Such cargoes usually move by ship, which can take months to navigate between ports halfway around the world from each other. Condor’s vendor, Airland Logistics, addressed the challenge by surveying the equipment while much of it was still being manufactured, then arranging for it to be flown to Australia as component parts on a single heavy-lift aircraft. After it landed, the equipment was assembled on-site. Along the way, Airland had personnel on the ground to ensure loading and unloading occurred safely, that customs requirements were settled ahead of time, and that transportation challenges from the airport to the final delivery site were anticipated and addressed.

If the dynamics of Airland’s project were unusual, the pressure on its PMs was no more real than that faced by others as they work to deliver on their own commitments, whether that’s implementing ERP software, constructing office buildings, or opening manufacturing plants. Today’s project managers must be able to think creatively – to imagine and recognize solutions that aren’t evident, and then be decisive enough to commit to them and move ahead.

Merit Career Development can help you “think outside the box” with our extensive project management curriculum. Our Project Management with Simulation course uses a state-of-the-art computer-based simulation game that tests participants’ skills in managing a real project. Participants are able to put into practice their respective knowledge, look for original solutions, try out new strategies, and see immediate results.