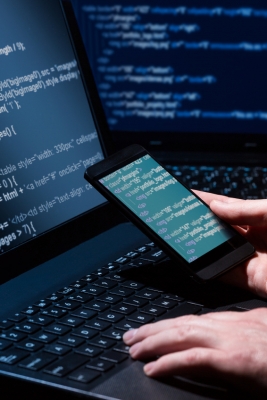 Last year, the healthcare industry experienced more data breaches than any other industry. There were 269 incidents reported with more than 8.8 million healthcare records compromised, equaling 43.8% of breaches reported across relevant industries, according to the Identity Theft Resource Center (ITRC). So far in 2014, ITRC found that healthcare organizations are trending even higher representing 45.8% of breaches industrywide. And these statistics are only for breaches that have been reported.

The results of risk analyses performed across the healthcare industry, including the results of the initial Office of Civil Rights (OCR) audit program, point to a lack of investment by healthcare in privacy and data security, a lack of attention to these issues at the executive level, and a tendency to spend only minimal resources to implement HIPAA/HITECH compliance plans. As the above statistics confirm, healthcare remains not only vulnerable but a preferred target for cyber criminals.

Why are cyber criminals focused on healthcare? Quite simply, that’s where the money is. The value of medical data is proving to be far more lucrative than other types of personal data. For example, a single person’s medical identity information can fetch hundreds of dollars compared to just a dollar or two or even less for a Social Security or credit card number, according to experts. Such medical identity information can provide access to prescriptions for drugs that can be re-sold, and can cover expensive medical treatment for the wrong party.

Healthcare data breaches are not only the work of shadowy hackers working out of foreign countries. In as many cases, the breaches are the work of healthcare providers’ own employees. Failure to invest in and implement verifiable privacy and security programs within the organization itself which include meaningful and appropriate workforce training programs is costing healthcare providers millions of dollars in sanctions and corrective action settlement agreements to combat carelessness such as loss of laptop computers and other devices with unencrypted data and unauthorized snooping into or copying patient records and data. Breach reports and complaints are patient and consumer driven and can be made directly to the Department of Health and Human Services (HHS) by disgruntled individuals. Breaches can also result from criminality by an employee acting on his or her own to steal healthcare data outright for personal gain.

Also, as electronic health records systems (EHRs) become more prevalent and sophisticated, the risk of medical identity theft continues to grow. Providers are accountable for data security efforts to remain on top of current threats, identify emerging problem areas and stay ahead of the myriad of new threats. Further, HITECH has pulled Business Associates and Business Associate sub-contractors into the HIPAA/HITECH regulatory realm.

Healthcare, as an industry, has a long way to go to match their counterparts in the financial and banking sectors, which have invested heavily in data privacy and security. These industries experienced only 3.7% of data breaches and less than 1% of compromised records. Excuses are no longer being tolerated by HHS, willful neglect (failure to demonstrate any effort at HIPAA/HITECH compliance) is being sanctioned at a rate of $1.5 M per year on top of corrective action settlements, and random audits by OCR are beginning again in October of 2014. Now is the time to act.

For assistance with your HIPAA/HITECH compliance efforts, contact Jim Wynne at jwynne@meritcd.com or by phone at 610-225-0193.